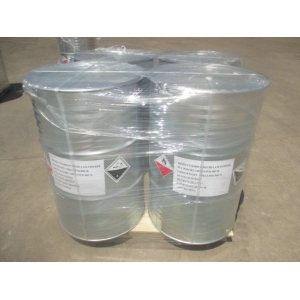 Organic synthesis Sodium methoxide is a routinely used base in organic chemistry, applicable to the synthesis of numerous compounds, ranging from pharmaceuticals to agrochemicals. As a base, it is employed in dehydrohalogenations and various condensations. It is also a nucleophile for the production of methyl ethers. Industrial application Sodium methoxide is used as an initiator of anionic addition polymerization with ethylene oxide, forming a polyether with high molecular weight. Biodiesel is prepared from vegetable oils and animal fats, that is, fatty acid triglycerides, by transesterification with methanol to give fatty acid methyl esters (FAMEs). This transformation is catalyzed by sodium methoxide.

Storage & Transport It should be storaged in cool and dry warehouse. It should be kept away from flame,  heat resource, antioxidant,acids and storaged and transported isolatedly.  Light handling and discharge.Keep packing complete.