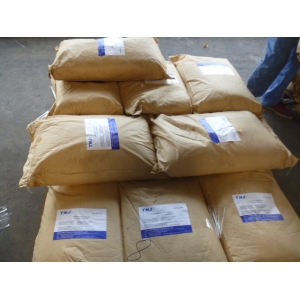 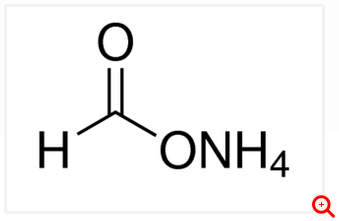 acid. It is a colorless, hygroscopic, crystalline solid.

b) Ammonium formate can also be used in palladium on carbon (Pd/C) reduction of functional groups. In the presence of Pd/C, ammonium formate decomposes to hydrogen, carbon dioxide, and ammonia. This hydrogen gas is adsorbed onto the surface of the palladium metal, where it can react with various functional groups. For example, alkenes can be reduced to alkanes, or formaldehyde to methanol. Activated single bonds to heteroatoms can also be replaced by hydrogens (hydrogenolysis).
c) Ammonium formate can be used for reductive amination of aldehydes and ketones

Keep in a tightly closed container.

Store in a cool, dry, corrosion-proof, ventilated area away from moisture, sources of heat or ignition, combustibles and oxidizers. Protect against physical damage.