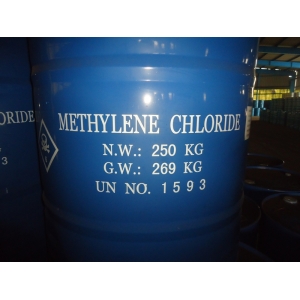 Methylene chloride Dichloromethane DCM CAS 75-09-2 is an organic compound with the formula CH2Cl2. This colorless, volatile liquid with a moderately sweet aroma is widely used as a solvent. Although it is not miscible with water, it is miscible with many organic solvents.One of the most well-known applications of dichloromethane is in the drinking bird heat engine.

2. Dichloromethane is fungicide myclobutanil and Amy myclobutanil production of raw materials, is also a good solvent.
3. Used as extraction solvent, such as the extraction of caffeine in coffee beans. Hops, and used as a spice oleoresin extraction solvent. Pigment diluent.
4. Used as a solvent for resins and plastics industry. Widely used in pharmaceutical, plastic and film industries.
5. Acetic acid cellulose solvent. Fats and oils. Ether and petroleum ether.