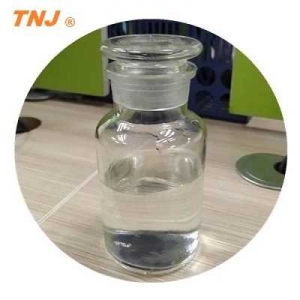 1,4-butyrolactone, also known as γ-butyrolactone, 4-hydroxybutyrolactone, GBL. It is a colorless oily liquid, miscible with water, soluble in methanol, ethanol, acetone, ether and benzene. It can be volatilized with water vapor and can be decomposed in hot alkaline solution, with aromatic odor. Used in the production of drugs such as cyclopropylamine and pyrrolidone, as well as industrial solvents, diluents, curing agents, etc.

1,4-Butyrolactone is widely used as a perfume and pharmaceutical intermediate. As a high boiling point solvent, it has strong solubility, good electrical properties and stability, and is safe to use. As a strong proton solvent, it can dissolve most low-molecular polymers and some high-molecular polymers, and can be used as battery electrolyte to replace strong corrosive acid. In the polymerization reaction, it can be used as a carrier and participate in the polymerization reaction. It can be used for pyrrolidone, butyric acid, succinic acid, paint remover, etc. It is widely used in the synthesis of fine chemicals such as medicine and perfume. It is also commonly used as a solvent for resins and is a highly safe/low-toxic environmentally friendly solvent. In the field of polyurethane, it can be used as a viscosity modifier (reactive diluent) for polyurethane and a curing agent for polyurethane and amino coating systems.