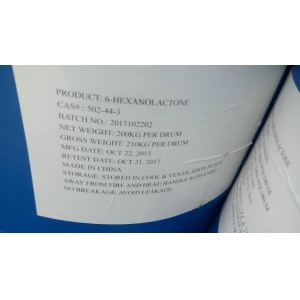 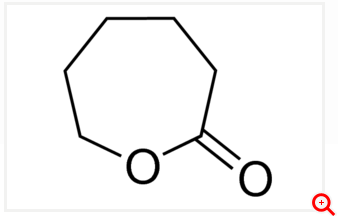 lactone family, with a seven-membered ring with the formula (CH2)5CO2. This colorless liquid is miscible with most organic solvents. It is produced on a large scale as a precursor to polycaprolactones. It is colorless oily liquid, has fragrant smell, volatile, flammable, easy aggregation.

6-Hexanolactone is a new polyester monomer. The great majority of caprolactone is consumed as a precursor to caprolactam.

6-Hexanolactone is also a monomer used in the manufacture of highly specialised polymer.

6-Hexanolactone is also used in the manufacture of caprolactam and adipic acid, adhesives, paint, epoxy thinners and solvent.