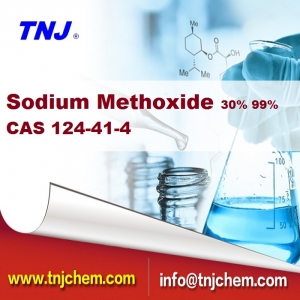 Sodium methoxide (CAS 124-41-4) is a chemical compound with the formula CH3ONa. This colorless solid, which is formed by the deprotonation of methanol, is a widely used reagent in industry and the laboratory. It is also a dangerously caustic base.