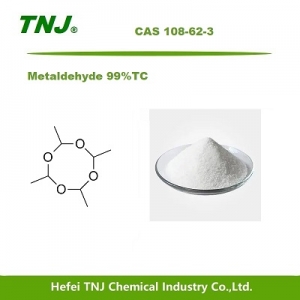 - Metaldehyde is a neurotoxic substance. It has a killing effect on slugs and snails and stomach poisoning, and its contact effect is stronger than that of stomach poisoning. Substituting metaldehyde for inorganic pesticides such as calcium arsenate and Paris green, which play an important role in preventing and controlling the harm of snails and slugs.

- It is a special-purpose pesticide for killing molluscs, such as snails and slugs. It is also used as a solid fuel.