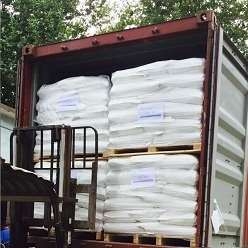 Ammonium Bisulfite CAS No 10192-30-0, Ammonium bisulfate, also known as ammonium hydrogen sulfate, is a white, crystalline solid with the formula (NH4)HSO4. It is the product of the half-neutralization of sulfuric acid by ammonia.

Solubility in water Soluble in all proportions

It can be further neutralized with ammonia to form ammonium sulfate, a valuable fertilizer. It can be used as a weaker alternative to sulfuric acid, although sodium bisulfate is much more common.

Stored in dry and ventilation place, far from heat and water.