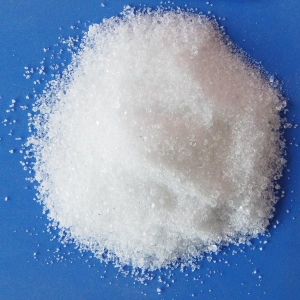 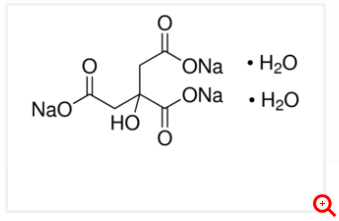 is colorless crystals or white crystalline powder. Taste salty, and have cool and refreshing feeling.Soluble in water and glycerin, hardly soluble in alcohol and other organic solvents. Deliquescence, weathering resistance.In the hot air above 150℃ water of crystallization and decomposition.


Sodium citrate is chiefly used as a food additive, usually for flavor or as a preservative. Sodium citrate is employed as a flavoring agent in certain varieties of club soda. Sodium citrate is common as an ingredient in Bratwurst, and is also used in commercial ready to drink beverages and drink mixes, contributing a tart flavor. It is found in ice-cream, jams, sweets, milk powder, processed cheeses, carbonated beverages, and wine.