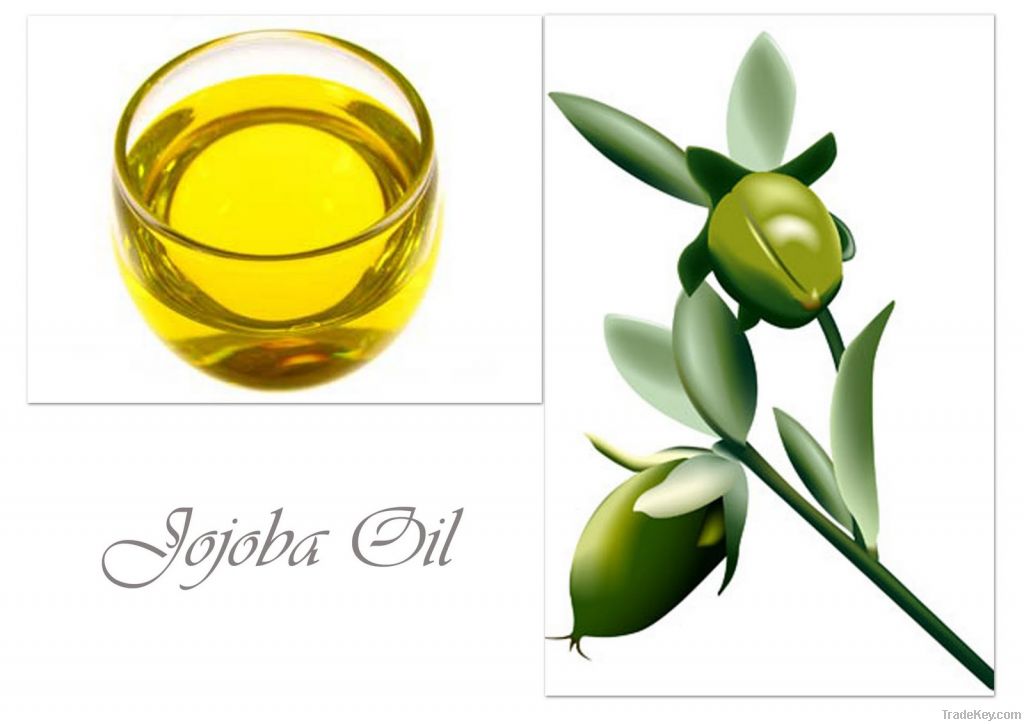 Jojoba oil is extracted from the seed of the plant. Female jojoba plants produce a seed that contains 40-60% liquid wax. Jojoba oil is composed of liquid wax esters which make up 26-30% of our skin's surface layer called sebum.


Unrefined jojoba oil appears as a clear golden liquid at room temperature with a slightly nutty odor. Refined jojoba oil is colorless and odorless. The melting point of jojoba oil is approximately 10 °C and the iodine value is approximately 80. Jojoba oil is relatively shelf-stable when compared with other vegetable oils mainly because it does not contain triglycerides, unlike most other vegetable oils such as grape seed oil and coconut oil. It has an oxidative stability index of approximately 60,which means that it is more shelf-stable than safflower oil, canola oil, almond oil or squalene but less than castor oil and coconut oil.

Jojoba oil has wide application in cosmetics industry as a main base oil or carrier oil such as a liquid cream, a hair oil, or massage oil. In cosmetic uses, jojoba oil is often used as an improver and constituent of shampoos, conditioners, body lotions, creams, soaps, lipstick, etc. For hair, it keeps it smooth and silky with a slight shine and prevents hair fallout.
For massage, it is soothing and relaxing and helps in the relief of pain.
As an industrial oil, as an improver of lubrication oils of various machines, and also as a surfactant improver of paints,
varnishes, plastics, waxes, etc. In waxing, it can be used "as-is" or mixed with other waxes.