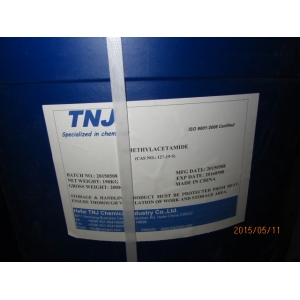 Dimethylacetamide DMAC is a good solvent for a wide range of organic and inorganic compounds and it is miscible with water, ethers, esters, ketones and aromatics compounds. It is used in the production of polyacrylonitrile and polyurethane based fibers, films and coatings. The polar nature of Dimethylacetamide DMAC enables it to act as a combined solvent and reaction catalyst in many reactions producing high yields and pure product in short time periods.