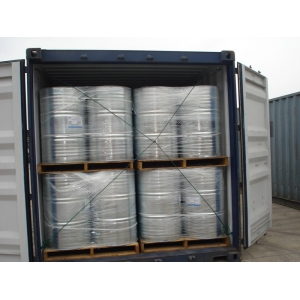 2-Butoxyethyl acetate CAS 112-07-2 is an organic compound with the chemical formula BuOC2H4OH (Bu=CH3CH2CH2CH2). This colorless liquid has a sweet, ether-like odor, as it derives from the family of glycol ethers, and is a butyl ether of ethylene glycol. As a relatively nonvolatile, inexpensive solvent of low toxicity,it is used in many domestic and industrial products because of its properties as a surfactant.

Butyl Glycol Acetate (BGA) is a solvent for paints and surface coatings, as well as cleaning products and inks. Products containing Butyl Glycol Acetate (BGA) are commonly found at construction sites, automobile repair shops,print shops, and facilities that produce sterilizing and cleaning products. It is the main ingredient of many home, commercial and industrial cleaning solutions. Since the molecule has both non-polar and polar ends, butoxyethanol is useful for removing both polar and non-polar substances, like grease and oils. It is also approved by the U.S. FDA to be used as direct and indirect food additives, which include antimicrobial agents, defoamers, stabilizers, and adhesives.

In the petroleum industry

Butyl Glycol Acetate (BGA) is a component of fracturing fluids, drilling stabilizers, and oil slick dispersants for both water-based and oil-based hydraulic fracturing clarification needed. When liquid is pumped into the well, the fracturing fluids are pumped under extreme pressure, so Butyl Glycol Acetate (BGA) is used to stabilize them by lowering the surface tension. The compound is also used to facilitate the release of the gas by preventing congealing. It is also used as a crude oil-water coupling solvent for more general oil well workovers. Because of its surfactant properties.